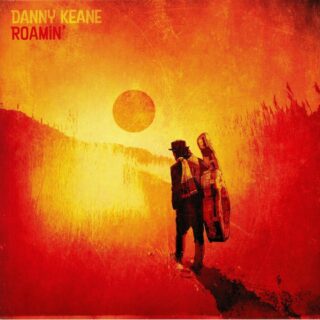 Into the ever-gushing torrent of new London jazz records aimed at an audience broader than just Jazzwise subscribers and time-signature nerds steps Danny Keane, a cellist and bandleader who, judging by his enormous CV (this record alone brings together members of Heliocentrics, Sons of Kemet, and Tony Allen and Ravi Shankar collaborators), has been around the block a few times before putting together his debut LP. Given its creator’s long and varied apprenticeship, then, it’s perhaps no surprise that Roamin’ is keen to show off its worldliness, with flecks of Indian raga, Afrobeat, and even moments of Nils Frahm-style Scandi minimalism spattering the otherwise fairly boilerplate cosmic jazz that Keane adopts as his default position.

Sometimes, that melting-pot approach works a treat – ‘Twenty Tonnes of Tension’ plays like a 1960s Bond soundtrack, all taught guitars and icy piano flourishes majoring on polyrhythm and orchestral suspense, and the transporting field recordings at the start of ‘Addis’ add pleasing texture to its loping groove.

Elsewhere, however, the same trick only sporadically hits its mark (the muted ‘Suspended Memory’ is a welcome break from the intermittently overbearing slickness that surrounds it, but, as with the majority of Roamin’, it goes on a bit; equally, the title track conjures deliciously dusty atmosphere before rather whiffy whispered vocals break the spell), and occasionally is entirely grating: quite what is “afro” about the dubiously named ‘Afro Cello’ – a white Briton playing a multi-tracked cello solo that is virtuosic but soulless – is beyond this correspondent, and the lurch into portentous performance poetry in the album’s final minutes leaves it very difficult to plot a throughline across the previous hour.

On the one hand, such is the occupational hazard of the mash-up school of album curation, and there’s certainly no doubting Keane’s sincerity or goodwill; on the other, however, there’s an addictive, propulsive and exciting 40-minute record hiding somewhere within Roamin’s hour – but finding it requires a more focused, ruthless approach.