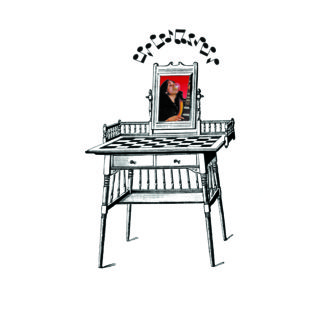 Darlene Shrugg are a selective and secretive Toronto band consisting of local artists US Girls (Meg Remy), Slim Twig and duo Ice Cream. They do their best work when running riot across the stage set by the garage-rock revivalists of the early 2000s. Tracks like ‘Inherit the Wind’ and ‘First World Blues’ upset the props and ruffle The Strokes’ well-tousled mops with searing guitar work, while ‘Where’s Your Brother’ takes a pair of craft scissors to the Yeah Yeah Yeahs’ art-punk, splicing it together with something even more jagged.

These raucous snapshots position the group as a great punk band with any number of prefixes: post-, dance-, art-. The record is theatrical and assertive in these moments, as on the fuzzed-out ‘Wah Wah’ and ‘National Security’. The only catch comes right at the centre of the album, with ‘Strawberry Milk’. This centrepiece is a disco deviation running just shy of five minutes, with glittering synths and dreamy vocals. On its own two feet, perhaps stretched out over a 12” as a standalone single, the track would sparkle, but amongst the subverted classic rock grit the change is jarring.