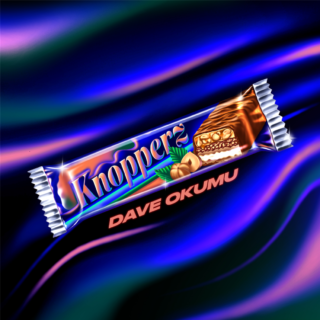 Often, we tend to assume that solo side projects are there to give a songwriter space to play around with styles they might not get away with as part of their band. This begs the question: which muscles did Dave Okumu feel unable to flex as de facto frontman of London experimentalists The Invisible, who have worked everything from neo-soul to funk to dream pop into their three full-lengths to date? The answer, on the basis of Knopperz, is that Okumu at least appeared to be operating within some kind of clearly defined structure as part of the group, whereas here he’s produced a series of downtempo vignettes intended at least in part as an homage to J Dilla’s seminal Donuts.

At points on Knopperz, Okumu is riffing on Sen Am, the freeform 2017 album by the multi-disciplinary artist Duval Timothy, interpolating parts of that record into his own with nuance and intelligence – see the way the opening ‘Intro’ segues into the quietly brooding ‘Son of Emmerson’. The percussion is perhaps the closest nod to Dilla, consistently referencing as it does the hip-hop of the ’90s and ‘00s, but there is enough instrumental heft here to render vocals unnecessary, in large part due to Okumu’s willingness to set his predilection for jazz over the top of his beats (this is something abundantly clear on both ‘New Dawn’ and ‘RTN’). Undeniably lowkey, Knopperz is nonetheless a fascinating experiment in the melding of styles – Dave Okumu is a deft inter-weaver of genres.