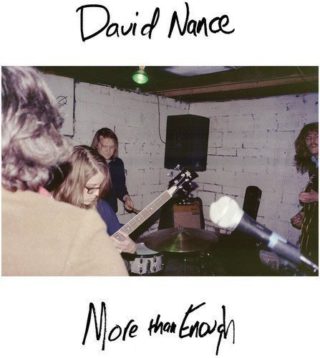 This home-recorded effort by Omaha DIY man David Nance operates very much under the shadow of the Velvet Underground. So much so, in fact, that even when not nodding to the group’s melodic suaveness or their atonal tendencies, there’s still a link to be found through some of the other groups the VU has shaped, in particular the Brian Jonestown Massacre. And much like the BJM, this is a mixed bag of songs, scattered equally with moments of brilliance and directionless dirges.

It has a hazy, blurry psychedelic undercurrent to it, and there are moments it pulls you into its swirling vortex and others where you just feel a little like you’re stuck in a bog. It’s these two states that the record flips back and forth between throughout – one moment there’s a charming Parquet Courts-esque number that feels like a lost 60s gem, full of ragged charge and fury (see ‘Fully Automatic’) and the next there’s a track that feels it should have been left in the rehearsal room, or at least cut in half (‘Never Gonna Fall’ really needn’t be nine minutes long). It’s as enjoyable as it is frustrating.