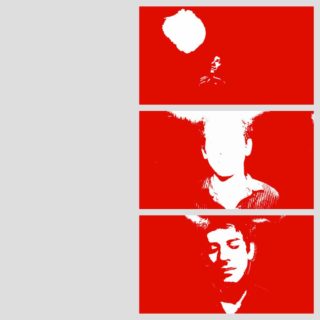 For pretty much the whole time that his main band (dark-hued, synth-pop, former-punks Merchandise) have been releasing records, guitarist and multi-instrumentalist David Vassalotti has quietly been putting out albums of his own. His is a pretty straightforward agenda, it seems – smoothly assembled, nicely melodic guitar music with no alarms and few surprises.

‘This Extravagant Lie’ is a slow-tempo opening which resembles nothing so much as a Smiths ballad, down to the Morrissey-esque vocal intonation and the grandiose lyrical play (“Don’t keep me waiting when the night comes… / This extravagant lie”). A brass section provides a rich, layered feel to the music, and it sure is a beautifully crafted song.

You could probably do without instrumental vignette ‘The Other Light’, though, which bears a striking but no doubt wholly unintended similarity to the Top Gear theme music, while ‘The Lines Between Us’ has something of the pace and feel of a vintage Roy Orbison tune dragged forward several decades. But wherever he borrows from musical history (‘Let It Burn’ owes something to Nick Cave, ‘What Shall You Say Tonight’ is soaked in the richness of Richard Hawley), Vassalotti does at least repaint it in his own colours, and cloaks it in ever-bright, slightly jangly guitars.

It definitely has the feel of a side project – an indulgence, even – and while ‘Guitar Dream’ is a coherent, polished piece of music – a classic slow-burner if you can spare it the time – it’s ‘nice’ rather than thrilling or particularly moving.