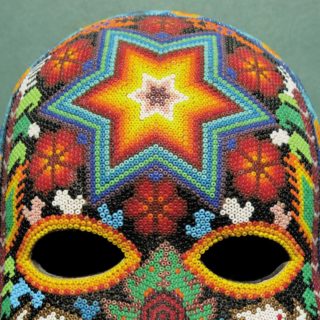 If playlists had existed in the seventh century BC then it’s possible that Dionysus would have used Dead Can Dance’s ninth album to soundtrack one of his debauched parties.

An exploration of the Greek god’s myth and cult, the Australian duo present the work as an oratorio that stretches over two acts and seven movements. It’s a highbrow concept but one that’s immediately accessible.

Written and recorded over two years, it continues the tensions that have existed within the band since they emerged in 1981. Firstly, they’re not a dance band but they’ve been sampled by Future Sound Of London, and the hypnotic beats on much of the album, especially the hallucinogenic ‘Liberator Of Minds’, make it impossible to sit still.

Secondly, they’re not a world music act but the instruments Brendan Perry employs here originate from nearly every corner of the globe, from the pivana (Corsican horn flute) to the gadulka (Bulgarian bowed string instrument). The vocals, likewise, transcend any one country, with Lisa Gerrard’s mezzo-soprano being used for universal ululations and choral chants on ‘The Mountain’.

The result is a magical sound collage of folk instruments, especially percussive, that’s woven together by place-setting field recordings. ‘Sea Borne’ opens with the ripple of waves while, elsewhere, there’s bird song and bleats to indicate mountainous regions.

At times reflective, the overriding tone is nonetheless so joyful it can be enjoyed and understood without any prior knowledge of the musical form or mythology.