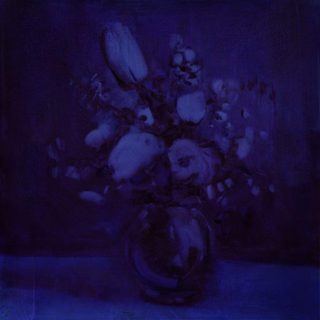 Few groups have successfully pulled off a convincing Sonic Youth impression. But Melbourne’s Deaf Wish have a decent go at channelling their alt-rock-radio middle period on their fifth release – and not merely by aping the guitar style.

Jensen Tjhung recalls Thurston Moore’s vocal quality on ‘The Rat is Back’ – ‘rat’, ‘back’ and ‘cat’ – sounding like Moore reading a children’s book. It might sound crass to claim ‘FFS’ as worthy of Kim Gordon, but Sarah Hardiman’s self-reflexive commentary, fed through a narrative not unlike Gordon’s on ‘Swimsuit Issue’, spill out like phlegm from the back of her throat. Thankfully it’s less original-and-copy and more cut form the same cloth.

Much of the similarity dissipates by the album’s end though. ‘Afraid For You’ and ‘Through Smoke’ harbour weirdly pretty vocal double acts from Hardiman and Tjhung, feeling like full maturity in under 40 minutes, from snot-nosed smart-arses to world-weary divorcees.

Deaf Wish’s apparent allegiance to the book of Moore and Gordon goes a long way to undercut the faintly rockist undertones of its press release ­– playing guitars loudly through amplifiers as sacred right, rockin’ out as a fundamental good. (Lithium is used as psychiatric medicine – who can deny the Cobain link? – while Zion invokes Promised Lands.) As hip-hop and RnB dominate the charts and impress the critics, the championing of rock music in 2018 remains the fevered bleating of dads, which makes it hard to feel a band like Deaf Wish could change anyone’s life anymore.