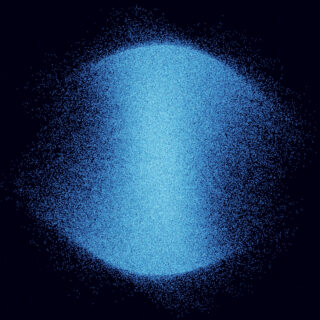 Deafheaven are a singular group who’ve been subtly transforming throughout their career, such that you could say they’ve altered the landscape of black metal itself – from the art form of dungeon-dwellers to a near-stadium-sized prospect. It’s a trajectory that’s attracted equal amounts of scorn and awe; are these men – their long, black greasy hair gradually receding into respectable bankers’ short-back-and-sides with every consecutive press cycle – saviours, heretics or common sell-outs? As totally stimulating as the conversation always is, it’s easy to see why Infinite Granite might push some towards the lattermost category.

Previous records have kicked off with tracks like ‘Dream House’, ‘Brought To The Water’, and ‘You Without End’ – Deafheaven albums usually lash you with a hailstorm of sound and fury within the first five minutes. So turning on ‘Shellstar’, the opener of Infinite Granite, is bound to disarm, if not disappoint. The guitars shimmer, the drums plod, and George Clarke’s rasped screech has softened into a croon, more elven than orcish, save for the occasional snatch of aggression placed far in the background of ‘Great Mass of Colour’ or ‘Mombasa’.

But the Deafheaven of Infinite Granite have developed, and are capable of greater power for it. The gulf of sentiment between Deafheaven’s oft-memed lyric from ‘Dream House’ – “I’m dying / Is it blissful? / It’s like a dream / I want to dream” – and the breakdown of ‘Shellstar’ – “When it takes you / You’ll be remembered / Young and kind / For all time” – marks the kind of growth we’re not accustomed to seeing in this genre. The ebb of angsty nihilism is reflected in the fact that, for the first time, Clarke’s performance allows us to actually understand what he’s saying. For a man who thinks of himself as “not a natural singer”, he can deliver lines with real conviction and emotive range.

Really, this is a Slowdive album by a band who usually sound more like Ash Borer – but as much as it seems like Deafheaven are not your black metal band anymore, Infinite Granite shows that they never really cared enough to have the argument anyway.