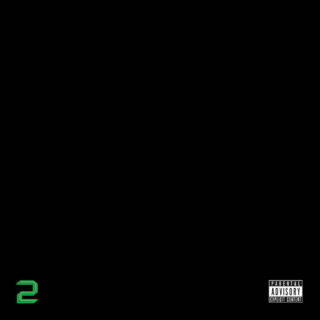 Following years of covert drops across the digital wilderness, Dean Blunt has returned to the traditional album release model for the follow-up to his acclaimed 2014 record Black Metal. The sequel echoes its predecessor in its combination of gentle guitar work, lush string instrumentation, and patiently pensive disposition, but where the original allowed itself to meander, exploring its aesthetic trappings with occasionally expansive tracks, the sequel’s approach favours a considered brevity, a knowing understanding of its sonic outlay, flowing and featherlight.

Blunt’s borderline catatonic delivery sits within the swirl of beauty around it, his temperament swaying from forlorn exhaustion to faint, distant honesty. The contrast is apparent, but complimentary, with guest vocalist Joanne Robertson frequently adding an ethereal quality to the proceedings. The combination of it all leaves a strangely satisfying afterglow of apprehensive optimism, or perhaps bittersweet acceptance.

It’s as if every element culminates together with the swelling, yearning finale of ‘the rot’, a destination that reinforces the overall cohesion of the project, an uncomplicated yet effective reminder that we have in fact moved from A to B, the taut string arrangements and apprehensive stare of opener ‘VIGIL’ firmly in the rearview mirror. The project forgoes the anarchically radical choices of his more instantly captivating work — the sonic collages and noise passages prevalent across Blunt’s Babyfather and Hype Williams projects, and various solo mixtapes, but in many ways this flip-side feels as defiant as his more challenging exploits. Either way, when the outcome is so serene, who’s going to argue anyway?

Overall, it’s a charming and concise release, compounding a sharply honed and long-gestating formula, sure to appeal to and beyond the core Dean Blunt fanbase, while further exorcising the tired and misguided ‘prankster’ label that certain factions insist on using to frame his work.