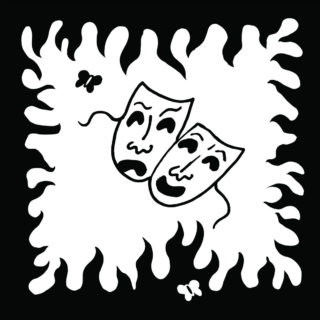 It’s striking how expansive Flower Of Devotion sounds given that Dehd made a mark by stripping away all but the most essential instrumentation.

This is a deliberate move on the part of the Chicago-based trio, who went into the writing and recording process for their second album with a clear intention. They deliberately asked themselves how they could maximise the sheer power of their music; the solution they decided upon was to polish their scrappiness.

The increased production value maintains their garage band aesthetic while revealing a greater emotional depth to these 13 tracks. This is aided by bassist Emily Kempf – who shares lead vocals with guitarist Jason Balla – establishing an admirably expressive range. Full of controlled hurt on the garage-surf of ‘Flood’ (“I still love you / even as I leave you”), she adopts a Courtney Love yowl on The Raveonettes-esque ‘No Time’.

The tracks on which Balla leads with his monotone tend more towards shoegaze, although ‘Moonlight’ is reminiscent of Darklands-era Jesus And Mary Chain, but the magic lies in the exchange of their lines. ‘Desire’, arguably the strongest track here, is gradually layered as Balla repeats “you are my dream” over Kempf’s “let me out” response. It’s all the more powerful knowing that they were formerly in a relationship.

Their love of simple song structures and 1950s rock and roll keeps the album free of musical innovation, unless the programmed drum pad on ‘Drip Drop’ counts, but this broadly works to their advantage. The yelp at the start of ‘Disappear’ captures the primal energy of garage while the scuzzy, reverb-heavy guitars on ‘Nobody’ thrill when they pull back to create a dynamic shift at the very point of boredom.

It’s this ability to maximise their sense of minimalism that makes this album such a success, even if it doesn’t quite inspire fully-formed devotion.