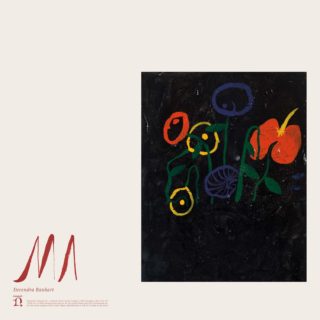 “Do you like it? / Would you like me to sing this song?” asks Devendra Banhart at the start of his tenth album. The answer, having considered the picked notes and smooth strings on ‘Is This Nice?’, is a noncommittal ‘alright’.

It’s a long time since the one-time freak-folk artist was essential listening, his last couple of releases drifting into downbeat, non-confrontational pop. ‘Ma’, his first album since 2016’s ‘Ape In Pink Marble’, doesn’t change that trend and he seems to acknowledge his declining relevancy on ‘Ami’ when he wryly notes that he, ‘keep on playing / even if nobody comes to the show’.

Themed around motherhood, the release’s thirteen tracks explore the concept in often-oblique ways. This includes addressing his Venezuelan motherland on ‘Abre Las Manos’, one of three Spanish language songs, which considers the country’s political situation. ‘What percentage of people gone hungry / Is necessary for something to change,’ he ponders over a Latin shuffle.

The track is clearly heartfelt, as is the soft-focus folk of ‘Memorial’, on which he reflects on his father’s death. These moments are interspersed with gentle playfulness, which connect the dots to his early work. The breezy ‘Kantori Ongaku’ (which translates from Japanese as ‘country music’) sees him give his best Lou Reed impression and the chorus on ‘Now All Gone’ is a slightly sinister, ritualistic chant that features Cate Le Bon.

Yet for all the finely tuned craft within the compositions – the way his voice seems to duet with a sax at one point during ‘My Boyfriend’s In The Band’ and the textures on the tinkling ambient-folk of ‘The Lost Coast’ – there are times you wish for more musical inventiveness.

The over-use of strings, woodwinds, and brass is a case in point. The lush arrangements sound integral to the Burt Bacharach-esque ‘Will I See You Tonight?’, a duet with Vashti Bunyan. On other tracks, such as ‘October 12’, they feel like an unnecessary add-on to an otherwise late night café culture vibe.

There are moments of undoubted loveliness on ‘Ma’ but he’s capable of delivering so much more than ‘nice’.

Henry Green's Half Light is very clean, very polished, and a little bland