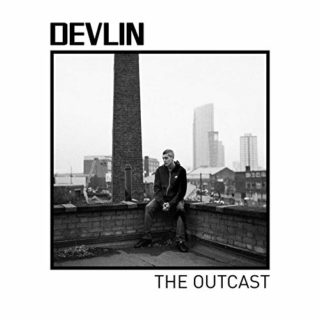 Two years ago, when Devlin emerged from self-imposed exile from a grime scene that he’d spent a few years as one of the leading lights of, he caught listeners off guard; suddenly, the angry young man who’d weaponised fury and made it his calling card was striking a considerably more introspective – and occasionally self-excoriating– tone. ‘The Devil In’ was an album forged fiercely in his own image, without much consideration for the scene’s present trends or for what his audience had come to expect of him. He still sounded prickly on the surface, but the veneer was thinner than before, and what lay beneath was a complex web of introspection and regret.

All of which was bound to leave him at a fork in the road on his next release – continue to tread this newly-routed path, or revisit the kind of territory that made his name in the first place? The title of this fourth LP suggests the former, but in fact the Dagenham native lands somewhere in the middle; for the most part, the blistering belligerence of old is back, but the message is muddled. He spends the opening stages noisily announcing his return, but by track four the violent imagery (‘Scratchlin’) and banal self-aggrandisement (‘Limelight’) is already beginning to wear thin.

Once that’s out of his system, there’re flashes of real vitality; he makes a compelling case for his ongoing relevance with ‘Grime Scene Killa’, and the vulnerable ‘Too Far Gone’ offers the most illuminating look yet at the struggles he went through during his four-year layoff, as he voices doubts about whether the scene he was once at the vanguard of has room for him any more. The problem is that there’s not enough of this. Maybe he got his self-examination out of his system on ‘The Devil In’, because much of what we get here is in the vein of ‘Ride 2 This’, the overriding theme of which is, “here’s an aggressive track for you to pound the punching bag to in the gym.” Flashes of the old brilliance remain, but they’re frustratingly fleeting.