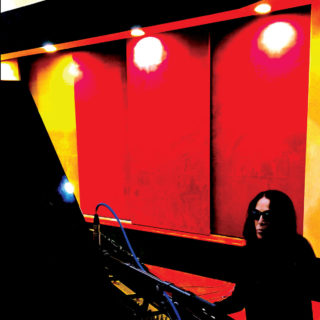 Cancer is a death sentence, opined Susan Sontag in Illness As Metaphor, such that it must be hidden from the patient, “to de-mythicize” it. Tuberculosis had also invited secrecy, as if to mention it by name would truly seal the patient’s fate. We can hardly say the same of Covid-19, with each new day saturated with news of the spread whether we want to hear or not.

But there is a hidden element to this perceived transparency, mixed within the horrifying miasma of heightened tensions. You’d hear platitudes, usually from well-meaning dads and less well-meaning Tory politicians, that the coronavirus pandemic was a great equaliser, that any elite town-house owner was as vulnerable as anyone living on a council estate. In a word, bullshit.

Ever since her AIDS-inspired The Masque of Red Death trilogy, Diamanda Galás has been singing of those suffering unseen; exiled by war, concealed and ignored by indifferent and painfully real powers that be. De-formations: Piano Variations, a single, 21-and-a-half minute piano piece based on Georg Heym’s 1912 expressionist poem ‘Das Fieberspital’ (‘The Fever Hospital’) — depicting patients suffering from yellow fever in a cordoned warehouse — was written and performed in September 2019 but takes on an eerie prescience in the current crisis, not least in light of stark figures showing that, based on complex socio-economic factors, black people in the UK are more than four times more likely to die from Covid-19 than white people.

The piece has the unvarnished surface of experimentation about it, and a less generous reading would dismiss it as incomplete or draft-like compared to the ornate horror shows of her previous work, but its oppressive power can’t be denied. Galás begins and indeed stays at the low-end throughout; great booming chords permeate its runtime, weighty footsteps across a cavernous hall. Much as Thelonious Monk concealed jazz standards behind his idiosyncratic methods on Thelonious Himself, trained ears might pick up on subtle melodies and patterns tying these scattered notes together. Galás has always been a challenging artist, but rarely has she been quite this demanding on a listener. But just as before, she rewards listeners willing to look beyond the immediacy of music, and indeed their own worldview.