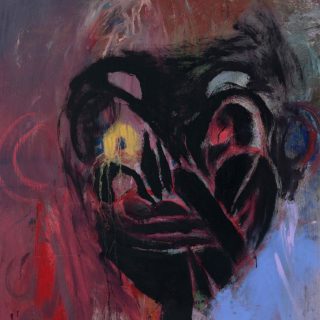 DIIV’s last album, Is the Is Are, was a dream pop exploration about recovering from addiction. Yet within a year of its 2016 release lead singer Zachary Cole Smith was living in rehab. The Brooklyn band’s new record, Deceiver, is Smith’s attempt to dig deeper into the wounds of drug use and critique its impact on those around him. Reinforcing their rhythm-driven shoegaze with sturdier instrumentation, it represents DIIV’s most full-bodied album to date.

The record keeps to the band’s blueprint in terms of song structure, demonstrating once more a patient approach to texture and atmosphere-building. DIIV’s third LP does, however, see the band develop a more muscular edge. Opener ‘Horsehead’ wheezes into life before skulking into a potent groove, while Jeff Buckley haunts the excellent ‘Between Tides’. Rare glimmers of light on songs like ‘The Spark’ keep the listener willing DIIV on for the album’s duration.

From the abstract artwork to shapeshifting tracks like ‘Lorelei’, Deceiver is set up for fluid interpretation – it wants listeners to find their own moments of impact. It’s fitting, then, that DIIV leave the victor unnamed after opposing impulses wrestle for control of the album’s draining finale, ‘Acheron’.