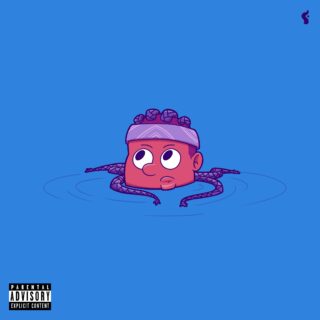 After their joyous and relatable breakthrough, 2020 the Album, Toronto rapper DijahSB is poised for greatness this year. Head Above the Waters is an even sharper collection of tracks built on sunburnt tape loops and a laidback jam band feel. Dijah’s delivery is slick, relaxed and always finding the snuggest pocket of the beat to live in. ‘Throw That Back’ has the saturated swing of a great Kaytranada track. Dijah makes the sound their own with nimble rhymes and a carefree tone.

The grooves only get stronger on ‘Overtime’, with its crunchy drums and slap bass, with extra bite to match Dijah’s tougher lyrics about the struggle they’ve had to get here. They sound just as comfortable at a slower tempo on the tail end of the record, where Dijah is backed by producer Harrison’s jazz-flecked electric keys. Terrell Morris then stands out on a beautifully melodic and slinky feature on ‘New Harrison’, although Dijah’s personality gets slightly lost in generic bars and a Kanye interpolation. When their voice is so distinct, it feels a shame to lose it in references to other names, and that voice is at its most powerful on ‘Way Too Many Ways’, a cathartic look at depression and moving past it.

With its consistent sound and short length, Head Above the Waters still feels like a taste of what could be to come from DijahSB, an artist with the heart and talent to become a true star.