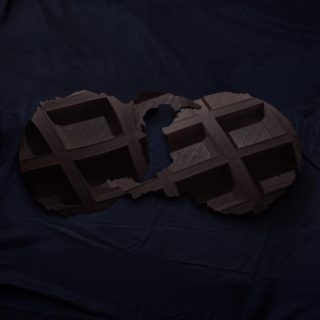 If the last Dirty Projectors album, 2012’s ‘Swing Lo Magellan’, represented a successful discovery of simplicity from a band that normally revel in knottiness, it’s perhaps natural that its follow-up would pursue one of rock music’s most well-worn forms: the break-up album.

This being Dirty Projectors, though, things are never that straightforward. While the split addressed on ‘Dirty Projectors’ is a romantic one – that of the founding David Longstreth from his long-term girlfriend Amber Coffman – it’s a creative one too: Coffman was the group’s guitarist and most distinctive singer for four consecutive albums, as well as Longstreth’s muse for whom he wrote ‘Stillness Is The Move’, a song that remains the purest-ever distillate of his thorny musical vision.

Couple that triple loss – of partner, spark and bandmate – with the ditching of all previous collaborators and uprooting from Brooklyn to LA to work in relative isolation, and the result is the most intense, undiluted revelation of David Longstreth’s mind yet. Whether that’s entirely pleasant, though, is debatable, due to the often uncomfortably aggressive tone Longstreth adopts here. While Coffman is technically absent, her presence is unavoidable in every song, each of which is addressed to her, be it directly in an angrily accusatory snarl (“I don’t know why you abandoned me,” wails the album’s very first line) or more tangentially via self-mythologising internal-monologue reverie (“We could do the things the lovers do: I could write you ‘Stillness Is The Move’”, recalls ‘Up In Hudson’ of the couple’s beginnings).

Elsewhere, too, passages that appear to quote Coffman directly (“Complex plans and high ideals, but he treats people poorly”, claims ‘Work Together’ in air-quotes, deadpan) come off as needlessly passive-aggressive and, when juxtaposed with sudden bursts of regret, they contribute to a rather unseemly spectacle. Indeed, where many break-up albums allow the subject to inform the record’s general ambiance and allow only occasional pinches of detail, ‘Dirty Projectors’ does the opposite, opting for levels of specificity so granular that we are even told at one point what brand of amp Coffman prefers. That precision feels coldly loveless, and leaves the record reading like a relationship autopsy.

Such ugliness is a shame, too, because beneath Longstreth’s haranguing lies some of the most arresting, progressive and addictive music he’s made yet – again, seemingly the most concentrated expression of his own musical alchemy he’s ever managed. Each track resembles an elegantly complex logic puzzle crisply engineered to be as alluring as it is beguiling, from gossamer post-RnB lullabies (‘Little Bubble’) to Beyoncified electro-funk (‘Death Spiral’); quite how he manages to compile so many incongruent musical jigsaw pieces into a song like ‘Ascent Through Clouds’ and still contrive a melody to top it so perfectly remains a mystery, no matter how closely examined.

Only occasionally, though, does Longstreth’s wonderful musical inventiveness distract sufficiently from the distinctly unbecoming, angry and chiding atmosphere of ‘Dirty Projectors’. When it does, on ‘Cool Your Heart’ (the only track to feature a guest vocal, offering a welcome break from Longstreth’s own singing) and the nearly cathartic closer ‘I See You’, the fug is replaced by a rather purifying sense of joy. Otherwise, though, perhaps Longstreth is simply being more honest than most: on ‘Keep Your Name’, after all, he insists that “what I want from art is truth.” Trouble is, when it comes to break-ups, the truth can be a grisly affair.