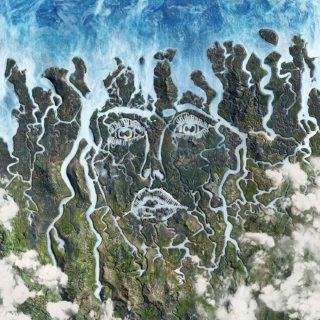 In a little twist of testimonial serendipity, ‘Energy’ arrives almost 10 years to the day since Disclosure released their first single as the fresh-faced brothers who would sign light a fire under the UK dance scene. Signed off the back of some healthy Myspace hype, (when that kind of thing used to happen), their 2013 debut album Settle was a blast of joyous house and UK garage that felt fresh and futuristic. Their 2015 follow up Caracal was a more mature effort that dispensed with the two-step energy for something a little more serious and grown-up, and continued Disclosure’s taste for collaborations switching up AlunaGeorge, Eliza Doolittle and London Grammar from their debut for The Weeknd, Sam Smith and Lorde.

It’s a constant, consistent feature this time out with Kelis leading the way on the pop hook of opener ‘Watch Your Step’, Amine and slowthai adding teeth to the wonky UK bass energy on ‘My High’, and Common closes things out with the mellow bounce of ‘Reverie’. Elsewhere, ‘Ce Ne’st Pas’ keeps it minimal and understated with Cameroonian singer Blik Bassy filling the space between dubby bass and crisp hi-hats, ‘Mali Mali’ shifts into Disclosure’s trademark slick, sunshine house, and title track ‘Energy’ cuts up samples of Eric Thomas (the hip-hop preacher from ‘When a Fire Starts to Burn’) over junkyard percussion, whistles and samba rhythms.

It’s a solid set of tracks, but five years since their last release, it’s less of a blazing return and more of a practiced workout. For all of the gloss and polish, Energy feels like the safe, controlled sound of a decade behind the decks for two brothers who aren’t yet 30 – and the reality that the future catches up with all of us.

Urban VIllage's music is in constant dialogue with their forefathers