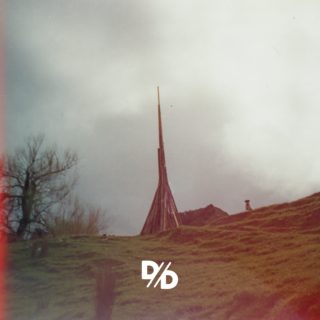 You only need to glance at the comments below a Divide and Dissolve music video to see that they’re (ahem) divisive. There’s usually some grumbling about the drone aspect of their doom-inflected sound. “You must have a lot of hate in your hearts,” dismisses one commenter. “When do they stop tuning and start playing?” another asks, despite the fact that guitarist Takiaya Reed and drummer Sylvie Nehill’s approach doesn’t feel a million miles off anything Sunn O))) might do. Reed is Black and Cherokee, and Nehill is Māori. You connect the dots here.

Man-baby gatekeeping aside, Divide and Dissolve certainly offer something out of the ordinary. 2017’s BASIC and 2018’s ABOMINATION broke the mould of conventional metal with grainy production and clear anti-colonial, anti-racist, anti-capitalist messaging that miraculously didn’t feel overly didactic. Their third LP, Gas Lit, holds on to the integrity of those past releases, but they’ve notably added a few extra weights to their crushing minimalism with more robust production and a renewed sense of abyssal hypnotism.

Much of Gas Lit sounds like continuous, viscous sludge (in a good way), occasionally broken up by chilling strings, woodwinds and a brief impasse into a deadpan poem-manifesto on ‘DID YOU HAVE SOMETHING TO SAY’. There’s an overwhelming sense of solemn, restrained ceremony throughout, and yet none of it wears thin. The torrential outpouring of scorched noise on ‘IT’S REALLY COMPLICATED’ even makes incredibly oppressive music sound like enormous fun to play.

On that note, it’s worth remembering that, for every ounce of negativity in their comments section, there are twice as many that are overwhelmingly positive. This group means a lot – they’re a tacit reminder that metal’s expressive potential is limitless. Fuck the man-babies: Divide and Dissolve are the coolest thing to happen to metal since Deafheaven.