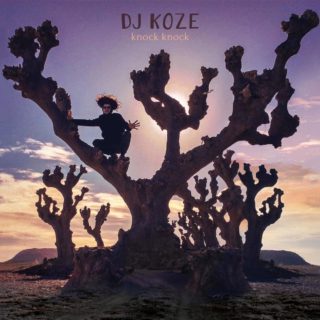 ‘Knock Knock’ isn’t your typical dance music album. Then again, no music by Stefan Kozalla has ever been typical. Just as on his last full-length (2013’s ‘Amygdala’), he’s unafraid to slow the tempo, to get romantic, to get downright silly – and to explore R&B, funk and hip-hop production as much as his techno roots. But even by DJ Koze standards, ‘Knock Knock’ is outstanding and singular. It’s a sprawling, guest-heavy collection that embraces all the quirks and personality of its director.

‘Club der Ewigkeiten’ is a blossoming opener, built on strings, flutes and elegant bass that grow sky-high together, like Koze is gently welcoming us into his world. This world is populated by a few colourful friends; club legend Roisin Murphy and Pampa-signee Sophia Kennedy show up twice, while Lambchop’s Kurt Wagner and Arrested Development’s Speech stand out as two of the most surprising contributors.

Despite the impressive cast, this remains Koze’s world, every vocal performance lifted by the oddball production behind it. ‘Colors of Autumn’ featuring Speech is windows-down summer bliss, twisted with eccentric vocal chopping and a lurching, dissonant synths. Kurt Wagner’s robotic approach on ‘Muddy Funster’ mirrors the apathy and desolation Koze conjures in his muted sample choices. Even on the more straightforward dance cuts, Koze is a unique talent. ‘Pick Up’ feels like an instant classic. It captures the purity of simple, mesmerising loops, extended to perfection, and does nostaligia for french house with stunning vividness.

If there’s a downside to ‘Knock Knock’, it’s that it some of its boldest ideas clash with each other – the jarring garbled vocal manipulations on ‘Scratch that’ is sandwiched between one of the most upbeat songs, and one of the most downtrodden, making for a weird comedown. But an overabundance of ideas isn’t something to moan too much about. At its very best, ‘Knock Knock’ will make you fall in love with electronic music all over again. What makes it special is that ‘aha’ moment could be anywhere, depending where Koze hits you the hardest.