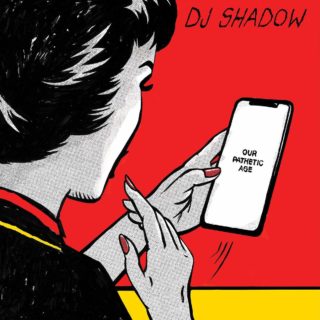 When DJ Shadow released his last record, The Mountain Will Fall, three years ago, he explained that he came up with the title when contemplating how intimidating a prospect he finds starting out on a new full-length to be – ultimately, he said, you pick away at it piece by piece and, eventually, the proverbial mountain comes down. The follow-up, Our Pathetic Age, is sprawling enough to suggest that he might have considered it a personal Everest when he first started out on it, but the fact that its back half is littered with blockbuster cameos means it was not a lone construction job.

After the runaway success of ‘Nobody Speak’ last time out, it’s no surprise to see Run the Jewels return on ‘Kings and Queens’, but the hip hop highlight here is the colossal ‘Rain on Snow’, which sees Shadow enlist a heavyweight Wu-Tang hat-trick in Inspectah Deck, Ghostface Killah and Raekwon. Not all of these hookups are successes – the chaotic ‘Drone Warfare’ squanders the might of Nas and Pharaohe Monch, whilst Paul Banks of Interpol continues to baffle with his incursions into the genre on the forgettable ‘Small Colleges’. In truth, Shadow does a better job of speaking to the highs and lows of the technology age on the early electronic tracks, which run like powerful mood pieces: at one end of the spectrum there’s soft menace to ‘Intersectionality’, and at the other, ‘Beauty, Power, Motion, Life, Work, Chaos, Law’ is a glimpse at future jazz. Not a flawless expedition, but a diverting one.