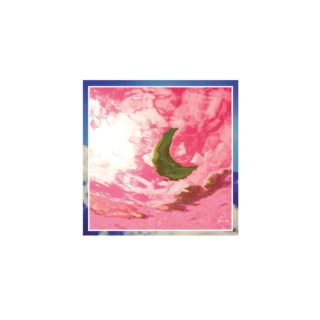 Five years ago, Django Django emerged with a full sound. Not many bands do that. It was a fresh collision of psych, surf and dance pop that put melody above all else. They stood out from the usual Britrock bands with their studied rhythms and nerdy charm. Three albums later, they’re happy to be jamming to that same sound. Less Fresh? Well, yes. ‘Marble Skies’ plays it safe, from its breezy forty-minute runtime to its secure choruses.

Thankfully, this is the comforting, warm-hug version of ‘safe’, though, and that’s because Django Django know what they’re doing. There’s never a worry that the album could go off the rails. The band guide you through a seamless collection of songs, with authority over their writing and performances. It makes it easy to lean back into these Sunday morning tunes knowing that what’s around the corner is going to be pleasant.

Sure, it’s also easy to wish that the vocals would burst out more, and that the songs didn’t pull so closely from what indie has been churning out: eighties synths on the opener; cute-but-awkwardly-white dancehall on ‘Surface to Air’; C Duncan-y soundscapes; Jaguar-Ma-y revival-ism; a good bit of hip-hop and chamber pop swirled in. But these tunes make you smile, and that’s not an achievement to belittle. If ‘Marble Skies’ is a little vanilla, it’s a deep and pleasurable kind.