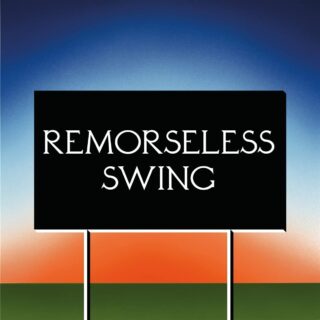 At the core of Don’t Worry’s second album is an unshakeable sense of detachment. Musically, this is a band who are detached from the present day, insofar as the instrumentation routinely recalls aspects of Britpop, late-’90s sludgy guitar tones and idiosyncratic indie-rock motifs of the mid-2000s. Even their lyricism wryly smiles in this direction with a nod to Oasis (“Is it just me who hates me? Definitely, maybe”). Emotionally, too, they’re conscious of a universal detachment from the primordial desire to forge real life connections (“Our eyes are glued to our phones waiting for someone to say hello”), while the need to disconnect from one’s denigrating inner monologue (“It’s difficult to find a quiet place in any corner of my mind”) is more of a struggle.

Paradoxically, though, it’s that overarching sense of detachment which enables vocalists Ronan Van Kehoe and Samuel Watson to be completely unabashed in their assessment of modern society. In detailing the malaise of living in an era which relentlessly promotes productivity – and can often make those who don’t comply feel worthless – they starkly proffer the detrimental effects that can have on one’s well-being, as noted on ‘The Scythe’s Remorseless Swing’ and ‘What’s In A Name’.

Don’t Worry’s instrumentation is primarily indebted to the density and intensity familiar from acts like Weezer (particularly on ‘Boredom Abound’) and The Cribs. While the chugging guitar lines of ‘Every Corner’ or ‘Crushing Weight’ are undeniable driving forces, the finesses sentimentality permeating the closing triplet ultimately provides the LP’s emotional peak.