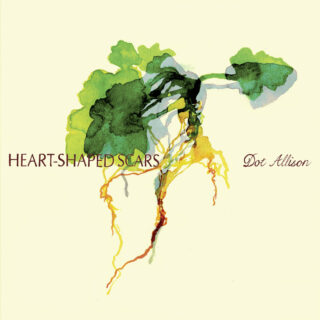 Readers of a certain age will instantly file Dot Allison alongside Beth Orton as a premier purveyor of turn-of-the-century post-club comedown trip-hop folktronica, all dusky beats and crackly vinyl samples underneath wispy vocals to soothe and smooth the arrival of Sunday morning. 20-odd years on from her moment in the zeitgeist, though, and twelve since her last album, Allison has returned with a record every bit as crepuscular and dreamy as her earlier outings, but this time with the electronics replaced with sparse acoustic guitar, brooding string arrangements reminiscent of Robert Kirby’s work for Nick Drake, and spidery piano countermelodies gothic and delicate, as if picked out on some dusty upright in the attic of an abandoned house on the North Yorkshire Moors.

Allison’s familiarly breathy, beautifully fragile Edinburgh burr endures, however, and the effect of that above such ethereal instrumentation is to conjure a sense of longing languor spliced with moments of melancholy and witchy story-teller spook, making for an album of satisfying clarity, confident to stretch out into its own soundworld: several of the tracks spill into a sixth minute without ever really doing anything, but such is the album’s gorgeously sleepy atmosphere, nothing feels overplayed. There are moments of stylistic divergence – a gently anthemic (but thankfully not bombastic) chorus on the funereal ‘Ghost Orchid’ nods sweetly towards Coldplay ballad territory, the strums of ‘Constellation’ lean it popwards, and the decidedly trip-hop ‘Love Died In Our Arms’, with rich orchestration full of propulsion and groove, feels like the climax of a different Dot Allison album altogether – but broadly, Allison’s comeback is gracefully restrained, intimate and intriguing, ideal for after-hours drifting, even if one’s clubbing days are gone.