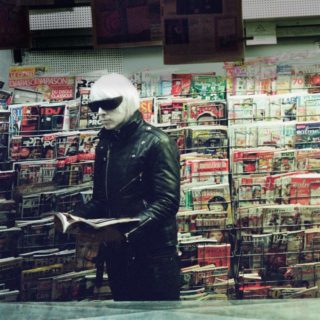 Citing the Greek figure Narcissus – who wasted away after becoming obsessed with his own reflection – Modern Mirror is a cautionary tale warning of the perils of self-obsession in the age of Tinder. “Two modern minds won’t say what they want to/ To push a button in real time,” Demure sings on ‘Ellipsis’. On ‘Long Division’ he laments “long-distance silence”, as the breathy vocals of No Joy frontwoman Jasamine White-Gluz linger like a spectre.

Modernising the story of Narcissus to underscore its relevance today is a pretty novel concept, although the negative impact technology is having on our ability to form meaningful connections is well-trodden ground, and the album doesn’t offer much new insight on that front. Still, while Modern Mirror’s social commentary lacks bite, it remains a world away from the empty ’80s nostalgia in vogue – Drab Majesty’s neon-soaked soundscapes do at least feel fully realised and lived in.