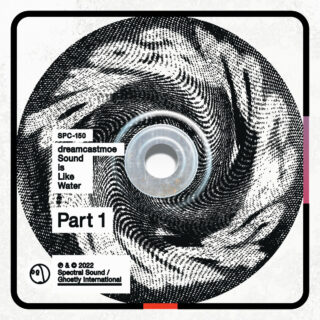 The most common, and perhaps most tired, form of music criticism relies on half-arsed comparisons. That new band you love? They’re just [insert ageing shoegaze group from 20 years ago] on steroids. That amazing new dance track? That’s just like [insert obscure Chicago house act] after one too many disco biscuits.

Truthfully, a record bursting with all of these sounds just shouldn’t work, and while at times he comes close to tipping over the edge (‘RU Ready’ in particular leans a bit too much on airy R&B nothingness), on the whole Dreamcastmoe completely smashes it out of the park. The jump from the vampiric organs of ‘Novacaine’ to the motorik techno of ‘Cloudy Weather, Wear Boots’ should be extremely jarring, but somehow it all seems to make sense, as if these sounds were meant to be friends all along.

By absorbing every genre under the sun, Dreamcastmoe has managed to occupy a truly unique space. Sound Is Like Water is the sound of an artist taming genre, making bad music writing obsolete in the process. Not bad going really, is it?