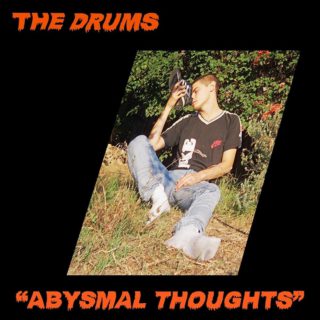 The track titles on The Drums’ new record are, unsurprisingly given the album title, pretty depressing. See, for example ‘Blood Under My Belt’, ‘Head of the Horse’, ‘Are U Fucked’, and my favourite, ‘Shoot the Sun Down’, which is pretty much just the refrain ‘I put a blanket over my face’ repeated for three and half minutes. It’s the kind of song you want to play on repeat when your wife has left you and you’ve lost your job and your bank account is empty.

The pessimistic vibe is hardly surprising given that the record was written after The Drums’ founder Jonny Pierce moved to LA following the break up of a relationship. He lived all alone in a great big apartment for months on end, dwelling on the loss of his love and at a professional crossroads (The Drums had just completed an album cycle). What is surprising is the way that the upbeat clean guitars – still typical of this beach band – and the nonchalant delivery, which is extra Morrissey-like on ‘Mirror’, make life’s hard times seem almost bearable. It makes me optimistic, despite all there is to feel crap about.