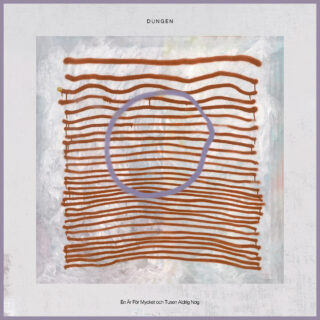 Songwriter Gustav Ejstes may have wondered whether newfound sobriety (the album title translates as “one is too many and a thousand never enough”) would blunt his creativity. The opposite has happened. Throughout En Är För Mycket Och Tusen Aldrig Nog, Dungen’s boundaries stretch like well-chewed bubblegum. Suddenly, the Stockholm-based quartet’s albums from 2007’s Tio Bitar onwards seem like a mere blueprint for a unique approach after 2004’s psych-rock masterpiece Ta Det Lungt led to the risk of the band being pigeonholed as retro-heads.

The ensuing mash-up of all of the band’s eclectic influences is what the heavy-lidded pastoral balladry, loose-limbed wig-outs and cosmic meltdowns of more recent Dungen albums have striven for: the striking juxtapositions ultimately cohere into an electrifying album that somehow sounds unmistakably like Dungen despite dodging the band’s usual moves. That the tunes are uniformly very strong helps: it’s hard to decide whether the stately, quietly majestic slow-burn of ‘Om Natten’ or ‘Var Har Du Varit’ (an unlikely collision between drum & bass clatter and vulnerable introspection) presents the band’s recorded peak, with the joyously overdriven fuzz-fest of ‘Nattens Sista Strimma Ljus’ – which takes on the band’s early this-amp-is-on-fire triumphs and wins – not far behind.