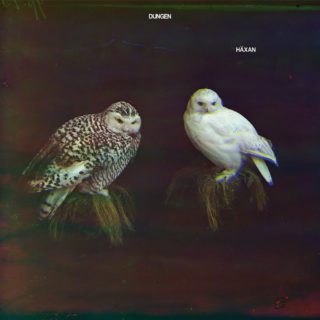 The Anglophone music press is often guilty of assuming that all music hails from Anglophone shores. Or at least is heavily influenced by music that does. The mention of prog rock will therefore elicit reminiscences (laments?) of the hazy halcyon days of King Crimson and the Canterbury scene. And yet at the same time Sweden was creating a vibrant prog scene of its own. It’s a lineage Dungen are proud to stretch into 2016 with this, their ninth LP.

They’ve bravely made it their first album completely shorn of vocals and it proves to be an unbridled triumph as it burns visuals into your mind without the need for words. Recorded directly on to tape, it flicks between cosiness and claustrophobia; eerie and yet oozing with soul as the band move from sparse, spacey jazz to walls of Krautrock organs and on to out-and-out psych rock riffage with feather light skill. It sounds like the Dungen boys found a copy of Kubrick’s brief to Alex North when he was scoring 2001 and decided to have a crack.