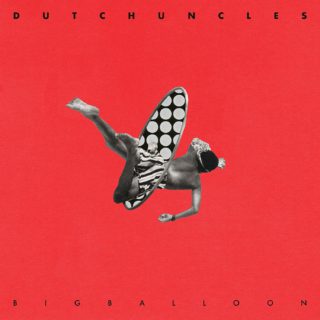 It’s been nearly a decade since Manchester’s Dutch Uncles first emerged in the British indie-rock scene with their promising self-titled debut; a record consisting of mathy gems that aligned comfortably with their peers Foals, Bombay Bicycle Club and The Maccabees. And now, four albums on, the quartet have unveiled Big Balloon, recorded in their hometown’s legendary Granada TV Studios where they’ve refined the qualities that have earned them such a beloved hub of fans over the years.

Their tag as “rookies” has long expired, and the titular track is evidence of that, as it opens the album with the type of demeanour and instrumental compatibility that you would come to expect from a band in their 9th year; it’s composed and coolly confident. A muscular bass riff leads the march, working in smart, understated precision with the bouncy drums and darting guitars, building an invigorating rhythm that feels sure-footed, but also playful and jazzy.

The jaunty bounce of ‘Oh Yeah’ makes it one of the most addictive cuts on offer, with Duncan Wallis’ distinctive higher tone and brisk performance putting him at the forefront of the song, despite sometimes sounding a bit low in the mix. Throughout the album, his lyrics tend to stay on the ambiguous side, subtly exploring feelings of disassociation, with the brooding, almost tense ‘Achameleon’ expressing the feelings of an exhausted relationship nearing its final days.

Much like their influencers Devo, Bowie and Blur, Dutch Uncles have never shown much of an interest in straightforward melodies, instead there’s a quirkiness to the hooks of ‘Combo Box’ and ‘Hiccup’. Say that, they still there’s a pop-edge to the whole thing, making Big Balloon one of the most compelling records in their discography. It might not go down as the definitive record in guitar music for 2017, but it’s a catchy and consistent collection of idiosyncratic indie-pop tracks from a band who hopefully have another 9 years left in them.