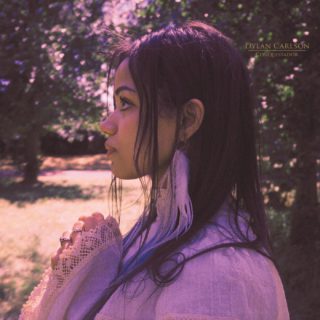 Suitably named for a time of renewed bloodthirstiness, the latest album from the reformed doomy badass, best known for his work with leftfield metalists Earth and a close orbit to Kurt Cobain, is a return to form.

In his new role as cool step dad or uncle who can fix things, Dylan Carlson has recently shown a dippy, Aulde Fairies-type tendency. However, like other indie notables who’ve moved to the UK, the US political scene appears to have roused a seriousness and urgency in his work, and from the outset of its 13-minute title track, ‘Conquistador’ is a heavy fist-clenched beast.

It’s tempered though: the minimalist ballistics of ‘Pentastar’ are married to the cleanly-ordered, flowing country gothic of ‘Angels of Darkness, Demons of Light’ on a tidy 31 minutes. The press biog that accompanies the release cites the influence of Cormac McCarthy’s ‘Blood Meridian’ and a sense of Southern poetics and desert spiritual abounds, recalling ‘Hex’.

From the ranging, Morricone-flecked opener through the melodic bong toast ‘Scorpions in their Mouths,’ the record swerves on an open road of tone, conjuring landscape, history and sublime horror, until ‘Reaching the Gulf’ beautifully ties it together. Emma Ruth Rundle’s baritone and slide guitar, and his wife’s percussion work are called upon to thicken and brighten the texture at points, while never throwing off the determined pulse of Carlson’s riffs.

The result is minimal but hooky, expansive and easy in feel despite its abrasive contents, suggesting the kind of happy place you’d presumably be in to put your spouse on the cover.