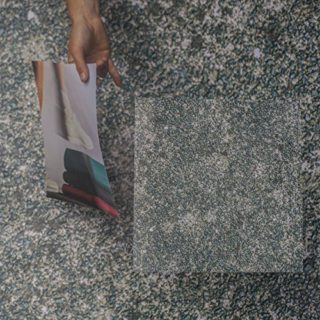 Edward Penfold’s second album is both unusual and familiar. On the one hand, the hazy, psychedelic odd-pop on ‘Denny Isle Drive’ isn’t the kind of thing that you hear every day in 2017, unless you work in a vintage shop. On the other hand, it is the kind of thing that Ringo Starr might have written for The Beatles after a session with the guru, including all the missteps that would entail. Musically, ‘Denny Isle Drive’ can be whimsical and dreamlike, with swooping strings and chiming piano riffs.

Tracks like ‘Bullfrog’ and ‘Shallow Valley’ would be at home on a Willy Wonka soundtrack, and are the record’s highlights – sugary and sweetly imaginative. Elsewhere, though, the album disappears into itself and becomes more laboured. ‘Grasshopper’’s laidback lounge-style and drifting vocals are pleasant until the premise stretches too far and becomes forced, while instrumental tracks ‘Suntan’ and ‘Cactus Shadow’ jar the record out of its gentle groove. Avoiding that, ‘Denny Isle Drive’ would be a smoother listen, even though it will never be 1968 ever again.