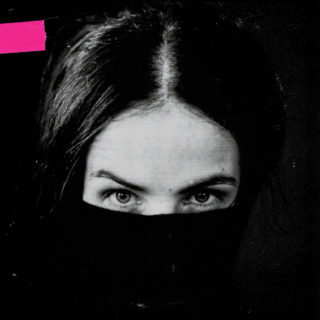 Ela Minus’ own slogan for herself is “bright music for dark times”, and though the Colombia-born, Brooklyn-based musician aims for Fourth of July fireworks on her debut album acts of rebellion, she achieves something more like modest sparklers. Minus promises a lot that the album doesn’t really live up to.

That said, she’s undeniably good at a synth-pop banger. ‘they told us it was hard, but they were wrong’ builds with a sonar-like pulsing synth, broken up by Minus’ half-spoken, half-sung rhythmic intonation. Similarly, ‘megapunk’ pays homage to the punk strand of electronic music’s origins with a defiant refrain of “You won’t make us stop”, repeated over sharp, swelling synths that crescendos to an abrupt end. However, after a few songs of very similar material, it’s hard to get excited about Minus’ whisper-vocals with melodies that are contained within a two, maximum three, note range.

In contrast, she shines on her quieter moments of reflection. ‘pocket piano’ is a welcome moment of reprieve, a quiet conversation between two simple synth lines that’s left open-ended. Album closer ‘close’, featuring Heraldo Negro, has all the glitchy cuteness of a ’90s video game soundtrack, and feels like an imagined conversation between two people stood right next to each other. ‘dominique’ is the depressed and confused lockdown banger that we all needed – with its reverberating vocals, slower beat and confessional lyrics (“I’m afraid I’ve forgotten how to talk to anyone else that’s not myself”), it’s the highlight of the  entire album.

acts of rebellion certainly boasts some excellent moments, but the individual tracks don’t feel drawn together enough as an album. There’s something there, a few kernels of brilliance, but it’s going to take a little more to draw them out into full bloom.