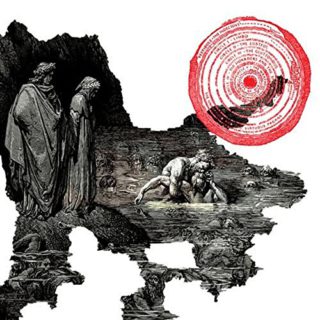 I can’t imagine that anybody would ever pick up a record by the name of ‘Circles of Upper and Lower Hell’ and expect a.) no little drama, and b.) a record that was not entirely awash with self-importance. Sure enough, this seventh LP from singer-songwriter Ela Orleans – born in Poland, based in Glasgow – provides both in spades, with the press release comically suggesting that the album is ‘loosely’ based on Dante’s Inferno. No shit!

In actual fact, though, that is a common theme over the course of a record that inexplicably runs at seventy-three minutes, and during which Orleans’ obvious knack for off-kilter pop songwriting is utterly subsumed by mindless self-indulgence. The atmospheric shimmer of ‘Sensation’ and ‘The Great Barrier’’s fizzing post-rock soundscapes remind us of just how much Orleans is capable of; it’s just that it’s augmented, here, by so many unnecessary electronic interludes, as well as the uninspired likes of ‘Tower’ and ‘Ghosts and Whispers’. Truly cinematic music can be genuinely affecting at its best; this is far too muddled to even get close.