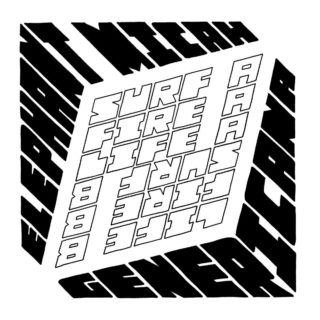 Opening with the hiss of static, the call of gulls and the wash of digital surf, ‘Genericana’, the thirteenth album from songwriter and folklorist Joseph O’Connell under his Elephant Micah name – further explores how we come from influences and what we sound like.

Created from ‘devalued or discarded’ gear, the record twists the sound of Americana as it finds new ways of interacting with instruments. From a homemade synth to a three-headed tape deck standing in as a “poor man’s space echo”, ‘Genericana’ filters an avant-garde art rock vibe through strata of folk, country, experimental songwriting, dub and ambient trances.

Across the six tracks here (all called ‘Surf’, ‘Fire’ or ‘Life’), shades of dark and light are cast as recurring melodic and lyrical motifs draw you further in. Arthur Russell to Joni Mitchell are pegged as the folk and production influences but in the vocals and rhythm the more recent sound of Simone Felice echoes, as does the expansive and atmospheric ambience of Skee Mask in the sparse beats washed in synths.

This is an album that imagines where the dust may settle when the current cultural turmoil passes. Soothing but unsettling, atmospheric but stark, drawn from digital but with a very human beat – ‘Genericana’ is a deeply evocative album. In looking at where we come from Elephant Micah has also set a course for where they are going.