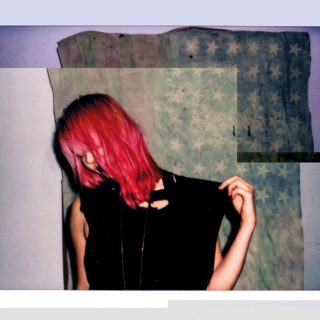 Repeating “I wanna destroy” with increasing levels of distortion is a painfully direct response to male violence, poverty and misplaced patriotism. It also offers a three-word summary of EMA’s third album, which is dense with the claustrophobia of alienation.

Modular synth drones are layered with heavy guitar riffs, multi-tracked backing vocals and repetitive drum programming, until nearly all space is squeezed out of the album’s eleven tracks.

Unafraid to “run away to the darkest place,” Erika M. Anderson nonetheless turns this heaviness into an affirmation of life. The squalls of guitar and ’90s dance beats on ‘Fire Water Air LSD’, for instance, have the exhilaration of ‘Reverence’-era Jesus And Mary Chain while the addictively droning synth that underpins ‘Breathalyzer’ is reminiscent of when Curve seemed destined for greatness.

Dig under the gothic layers and the Nine Inch Nails-thrash that’s epitomised by ‘33 Nihilistic and Female’ and there’s also plenty of prettiness here too. The clean, circular guitar line on ‘Always Bleeds’ and the plaintive ballad that’s hidden under the noise rock of ‘Blood And Chalk’ are cases in point.

The album closes with the spoken word ‘Where The Darkness Began’, a track that captures Middle America with the minimal realism of Willy Vlautin. That it does so with a combination of humanity and rage is central to its success. 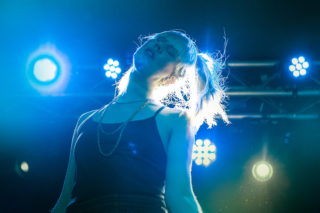 Don’t be a sucker and miss out on the EMA 2017 experience, even in a shaky live form 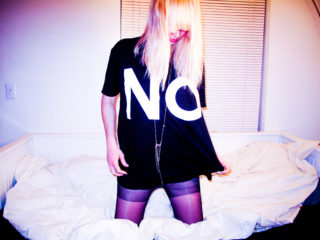 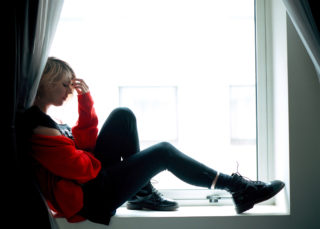