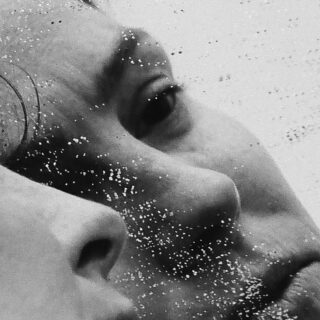 Given that Emma Ruth Rundle is best known for cavernous-sounding albums of shoegaze metal full of howl and feedback, it’s perhaps no surprise that much has been made of the sparse soundworld of her third album Engine of Hell, which finds Rundle’s voice surrounded by simple instrumentation more suited to sitting rooms than stadiums.

On the one hand, that framing is understandable: free of any electric guitars, bass or drums here, Rundle is supported by just plaintive piano, acoustic guitar and the occasional string section, leaving songs that feel aching and weightless, encouraging more hush than mosh. On the other, though, despite the change in presentation, there’s a sense that not much is different under the bonnet: the songwriting style is still set to “epic” (only two tracks here are under five minutes), and Rundle’s vocal delivery remains rich and adenoidal, ripe with the trademark stagey annunciation of emo rock-band lead singers.

When she interacts more sensitively with her new surroundings, as on the first halves of ‘Dancing Man’ and ‘Razor’s Edge’, her stylistic change of tack feels inspired. Elsewhere, unfortunately, Engine of Hell feels more like an MTV Unplugged version of a unheard bigger album, with all the accompanying jarring internal contradictions of scale and sense of sonic amputation: the intimacy feels confected and performed rather than organic, and there’s the frequent impression of a singer straining at the leash, desperate to break free of newly muted confines. There’s no denying these songs are straight from Rundle’s heart; what they’re lacking, however, is a body.