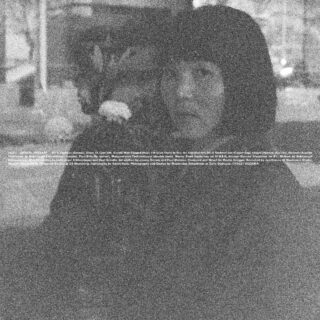 Enkhjargal Erkhembayar’s second album as Enji takes its name from the Tamil word for “excitement,” wide-eyed and mapping untrodden paths in Mongolian music. Born in a yurt to a working-class family in Ulaanbaatar, Enji released her debut album four years ago; Mongolian Song was a reinterpretation of the works of renowned composer Sembiin Gonchigsumlaa through jazz’s idiosyncrasies, strengthened by her studies at the Munich Academy of Music. Crafting accessible ballads with the help of saxophonist Johannes Enders (Donald Byrd, Lester Bowie) and acclaimed fusion drummer Billy Hart (Miles Davis, McCoy Tyner), Mongolian Song earmarked Enji as an absorbing new voice, capable of travelling an impressive distance within the constraints of known composition.

With Ursgal, Enji’s own songs are infinitely sparser and more playful, more assertive of Enji the artist. Her voice dissipates the improvised scats sowed throughout Mongolian Song and drifts further to becoming an instrument of its own, animated with a strange timbre, navigating the record’s silences as its worthy cartographer. Where her debut was built around piano, Enji’s voice now sits atop electric guitar and double bass. It’s best when it embraces her mother tongue, although a gorgeous vocal cover of Jimmy Dorsey and Paul Madeira’s classic ‘I’m Glad There is You’ is the exception that proves the rule; Enji’s voice breaks through the sound of footsteps and a Metro train line with striking clarity, as if she were singing to you through a phone.

Elsewhere, the highlights are grounded in geography: ‘Zavkhan’ becomes a sentient bop to the river on the edge of the Gobi Desert through Moritz Stahl’s tenor sax, while ‘Khorom’ entombs Enji’s hushed lullaby about the fabled ruined city founded by Genghis Khan. The mundanity of passing time is drawn out with strings mimicking a ticking clock on ‘Diary of June 9th’ – the one formulaic oversight on her first collection of original material – before each syllable becomes achingly pronounced on ‘Sevket Bor’, playing lusciously to the Mongolian traditions of urtyn duu (“long song”). There are still echoes of Ella Fitzgerald and Carmen McRae filtering through Enji’s landscapes, and while they may have been necessary muses for her self-expression, the true excitement comes as she begins to shrug them off.