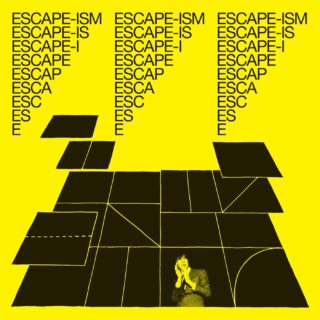 Despite his status as somewhat of a post-punk grandee, the Escape-ism moniker marks Ian Svenonius’s first solo album proper. Since coming to low-key prominence with the much-cited punk-rockers Nation of Ulysses, Svenonius has moved from band to band and channelled his creativity through the fictional character of David Candy. To say that it’s been worth the quarter-century wait might be a stretch, but this is a very, very good LP.

Summoning the twin influences of Suicide and Jonathan Richman, a metronomic drum machine underpins Svenonius’s odd fusion of gothic, new wave and rock ‘n’ roll. Fans of LCD Soundsystem, in particular, should give this the time it deserves. With its industrial two-note synthlines, vocal squawks and masterfully built tensions, it isn’t hard to see where a large part of James Murphy’s blue print came from. Highlights include the superbly weird psych-blues workout ‘Rome Wasn’t Burnt In A Day’ and the ghostly cabaret of ‘The Stars Get In The Way’. And it all comes in at under half an hour – a succinct statement that leaves you wanting more.