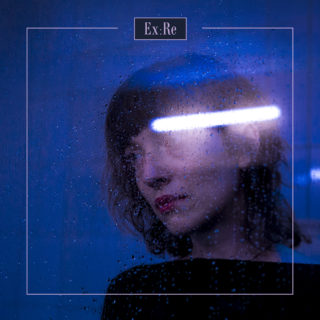 On the face of it, this first solo collection from Elena Tonra doesn’t represent much of a reinvention. Her voice is distinctive in more ways than one, its tone husky and expressive, the tenor of the intelligently crafted lyrics heart-on-sleeve. You could say that about either of Daughter’s two albums to date, but over the course of repeat listens, ‘Ex:Re’ begins to reveal itself to be something else entirely. A surprise release with four days between announcement and emergence on streaming services, everything about the album’s recording process suggests a straightforward affair, cut quickly as it was with producer Fabian Prynn at 4AD’s London studio. Accordingly, it’s easy to skirt over the album and hear it as the quintessential stripped-back solo project, with the rolling drama of Daughter’s 2013 debut ‘If You Leave’ conspicuous by its absence and the thick atmospherics of ‘Not to Disappear’ repurposed for an individual effort.

Tonra’s voice and guitar tone make this unmistakably an album in her own image and yet there’s plenty of stylistic diversion and experimentalism across the course of ‘Ex:Re’’s ten tracks, from opener ‘Where The Time Went’, which recalls Broadcast musically and lyrically, to the quietly danceable ‘Romance’, all stuttering beats and murky synths. ‘The Dazzler’ hints at trip hop, with languid, jazzy drums and low-key, distorted guitar that suggests Tonra might have been listening to a fair bit of Portishead when she wrote it. ‘New York’, which hazily chronicles a lost few days in the city, does something similar, except with some subtle string work.

Elsewhere, ‘Liar’ and ‘I Can’t Keep You’ simmer with low-level tension and you realise that, particularly on the former track, as much is being said with the silences as with voice or instrument. ‘5AM’, meanwhile, sounds like exactly that; a brooding, small-hours meditation on an abusive relationship as witnessed from afar. Daughter fans looking for more of their panoramic leanings will be let down, but for everybody else this is a beautifully understated mood piece and Tonra’s finest work to date, with or without the band.