Eyedress’ third album, ‘Manila Ice’ (forgive the title), was a collection made in Manila, about Manila, for Manila. That was Idris Vicuña returning home to the Philippines after a stint in the UK in 2015 to work with the most “passionate and serious” artists in his town to produce something that was “about my friends, about my family.”

‘Sensitive G’ is a more isolated pursuit, recorded almost entirely by himself in his bedroom. Once again he mixes the local, national and global. There are songs informed by his recent parenthood (‘My Child Old Soul’) and love (‘Suntory Times’). Manila appears as an influence again on the prickly Suicide-esque punk song ‘No Love In The City’ (“The problem with society gives me anxiety,” he sings with an almost cartoonish snarl). And then there’s, well, some even bigger stuff. ‘Toxic Masculinity’, ‘Cure for Cancer’ and ‘Xenophobia’ each tackle a separate societal scourge.

It’s self-editing, or lack of it, that trips ‘Sensitive G’ up, though. There are 20 tracks here, and when the majority are delivered in Eyedress’ trademark lounge-y lo-fi melding of the sounds of Connan Mockasin, Luke Steele and Mac DeMarco, even the sharpest of attention spans begin to stray. 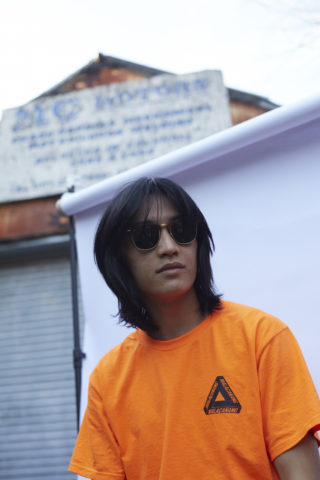 Eyedress – Laconic indie hip-hop from Manila, about Manila and for Manila