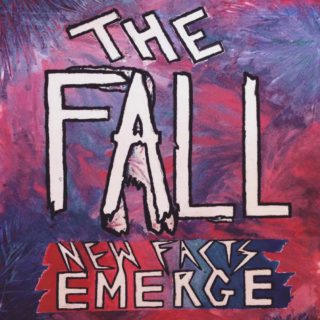 In a career that’s defied all logic and convention, moments of inconsistency are to be expected. While there is a tendency for fans to negate any wrongdoings when it comes to The Fall’s recent output, the truth is there haven’t been any latter-day releases that match the restless brilliance of ‘Your Future Our Clutter’ or the remarkable consistency of 2005’s ‘Fall Heads Roll’. Much like 2015’s ‘Sub-Lingual Tablet’, ‘New Facts Emerge’ is a mish-mash of weakness and familiar genius. ‘Fol De Rol”s hook-heavy abrasiveness is everything that’s triumphant about this version of the group, and ‘Second House Now’ wonderfully elicits Mark E. Smith’s playfulness. Elsewhere, his garbled nonsense is once again saved by Pete Greenway’s potent, rockabilly-tinged guitar work on ‘Groundsboy’ and ‘Nine Out Of Ten’.

Fortunately, there’s a lot less surreal growling from Smith on this record, his lyrics comprehensible, though still making little sense. That’s one thing I miss most about The Fall of yore: the smart & witty, wry lyrics, often as cryptic as they were identifiable.

While there are some outstanding moments here, it’s missing the usual attempt at poppy accessibility the likes of ‘Jetplane’ and ‘Snazzy’ exuded on previous recent LPs, something The Fall have always done very well indeed.   Elena’s primitive synth parts are also forgone in favour of a tougher, more guitar-centric sound. Considering the noticeably positive influence of the group’s female members throughout the years, Elena’s departure could prove fatal for their future. This is no return to form, but it has its merits. Thing is, we’d rather The Fall kept making average records than not existing at all.