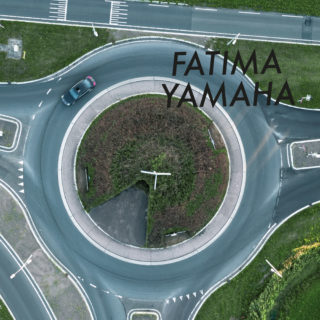 Generally, when an act has one track on Spotify whose stream-count outnumbers everything else combined, there’s a worry that once you’ve heard it, you’ve heard the lot. Fatima Yamaha is one such artist whose huge hit (‘What’s A Girl To Do’, 21 million plays and counting) dwarfs the rest of his catalogue, but thankfully with Spontaneous Order, his first outing since he blew up, he bucks the received wisdom: here, across a tight 45-minute record of strutting retro electro nerd-funk, sad computer-game music, and the kind of euphoric/melancholic vocodered disco that sounds perfect at sundown pouring out over a Balearic beach bar, Yamaha shows that he’s got far more range than one monster smash might suggest.

Accordingly, while lashings of deliciously earwormy keyboard flourishes abound (the title track and ‘Day We Met’ in particular), Yamaha also leans into clubbier, more heads-down territory from time to time and to great effect, and when he combines his uber-melodic approach with the more banging one on ‘Unwashed’, it produces the album’s highlight – undeniable hooks, filter-swept synths and big disco string stings ricochet off pleasingly meaty beats. There’s complexity, too: alongside the sheeny futurism of the instrumentation, Yamaha demonstrates a impressively nuanced understanding of the interplay between harmony and melody, which carries a lot of the album beyond just being fun party electro. Add in nicely atmospheric interstitial pieces of post-rave ambience recalling 16-bit video games, and Spontaneous Order becomes something with real depth: moreish, unpretentiously sophisticated, and rich with possibility.