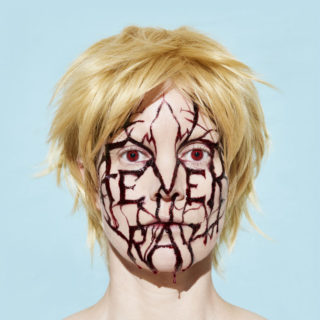 It took almost two minutes into the unexpected release of ‘To The Moon And Back’ for Karin Dreijer, almost sweetly, to re-emerge eight years after her self-titled debut as Fever Ray. Accompanied by a video as weirdly wonderful as anything Vulva from Spaced could have conjured, it marked the beginning of an enigmatic return that saw Fever Ray’s new album ‘Plunge’ announced and released within 24 hours. Forget the fact that the physical release won’t arrive until February 2018, because whenever Dreijer does surface from whatever eclectic netherworld she’s creatively been inhabiting; her absences have always made dark hearts grow fonder.

‘Plunge’ is (no) different. Here, Dreijer plays it out with the flamboyant claustrophobia and witchy anxiety that made ‘Fever Ray’ such a deliciously compelling listen. There’s the familiar flashes of political fury, manifestos are barked, messages get buried in abstract lyricism and, familiarly, you can never truly escape the sensation that you’re being reeled in every step of the way.

In the accompanying album literature, Dreijer sets out her typically abstract intent. Whether it’s an invitation to digest or decipher, her words veer from the political to the personal and the sexual. “I had a plan for how sex or at least some kind of heartfelt physical intensity could save us,” she writes, “but I threw it off the roof along with the body and it fell into the silence that limns the edge of the song.” Sex, then, is a prevalent theme throughout, and she visits it subtly and brazenly through the directly suggestive “I want to slide my fingers up your pussy” on ‘To The Moon And Back’ and the part-punk, part-industrial manifesto protest of ‘This Country’ where, over creepy piano lines, Dreijer implores “It’s not hard to love me”, demands “Free abortions and clean water/destroy nuclear, destroy boring” and declares “This house makes it hard to fuck/This country makes it hard to fuck.”

How literally you can or want to interpret that remains the beauty of Fever Ray. The pride in the opacity, obliqueness and obscurity in which she has managed to shroud much of her career is as strong as ever. We’ll probably never know the real Karin Dreijer, just flashes of her in the many personas she projects as she hides behind masks and costumes, slithers and skulks in smoke and shadows; bold and powerful, ambiguous and elusive but always forceful.

Those familiar theatrics come through on tracks like ‘Falling’ as Dreijer’s elongated delivery gets stretched over heart-monitor percussion, creaks and clangs, and the noises that make you question whether you locked the doors at night. ‘A Part of Us’ maintains the mania with her manipulated vocal twisting and contorting like spirits are trapped in your stereo speakers while ‘Mustn’t Hurry’ carries the same doleful pop bump as ‘Triangle Walks’ did— Dreijer’s vocals floating over a subdued boom-bap beat. The real oddity, however, is ‘IDK About You’ as it bounces into a 150BPM ragga rhythm with orgasmic gasps and perky acid synths giving it a peppy energy that sets it outside the crawling, séance pace of the rest of the album.

There’s long been a paradox of expecting the unexpected when it comes to Dreijer’s artistic endeavours but when you’re as adept at blurring the lines as she has with Fever Ray, even if we were ready for the arrival, we’re never fully prepared for the outcome. Her debut as Fever Ray set the expectation for Dreijer’s solo venture but ‘Plunge’ is going to be another rich reward for committed listening. Remember Fever Ray? How could you ever forget.