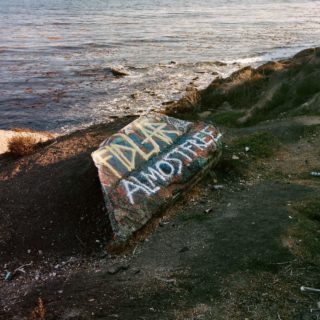 Dogs are barking, a rooster is roosting. FIDLAR’s return to the scene comes as proto-punk is cool again. IDLES are in the charts; Parquet Courts are selling out the Roundhouse; more Rage Against The Machine reissues have come out over the last month than were issued in the first place. Even if FIDLAR have used the entire narrative of their first two albums talking about sex, drugs and skateboards, there’s an excitement around guitar music again… This is where it ends.

The album opens with ‘Get Off My Rock’, a reductive takedown of gentrification. In reality it sounds like your slightly racist neighbours’ domestic interrupting Seasick Steve’s diddley-bow practice. It’s supposed to come across as angry, and it might have done if it didn’t have the same riff, bassline and time signature as Bono’s ‘Children of the Revolution’ from Moulin Rouge. It’s slightly worse, too.

A strong contender for worst-track-of-the-year, ‘Can’t You See’ abandons FIDLAR’s noise-rock heritage for an ersatz take on Ty Segall’s fuzztone. The result is the kind of satire that isn’t actually satire, it’s just shit: “I’m selling jeans that I bought last week, last week, last week, that was so last week.” Take that, capitalism! There’s more quality in a single chorus of OPM’s ‘Heaven is a Halfpipe’.

Creatively, ‘Almost Free’ is basically an algorithmic word generator of one night stands and substance abuse. But for all the world’s debauchery, you’re sat here listening to Chris Martin getting high on orange juice and paracetamol. The one mark out of ten is for the title track, a pleasant-enough horn-tinted jam session. It’s called ‘Almost Free’, but you still have seven teen-bop punk songs left. You thought Greta Van Fleet was bad this year? Hold my underwhelming narcotics.