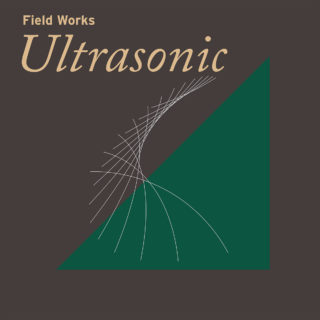 Ultrasonic, the eighth instalment in musician and National Geographic Explorer Stuart Hyatt’s Field Works series, presents a collection of musical responses, composed by an all-star line up of contemporary US ambient and experimental musicians, using field recordings of the federally endangered Indiana Bat as source material. On the face of it, Field Works could easily seem trite. Ongoing dialogue between nature and humanity is the through-line of the entire series, but Ultrasonic is testimony to its continuous strength; a deeply felt relationship beyond mere environmental and animal rights art-as-activism.

What’s most striking about this compilation are the gulfs of difference between each composition. At its most engaging, artists find a playful synchronicity between the natural and the considered; Taylor Deupree and Mary Lattimore similarly map compositions — piano and harp, respectively — to the dense forest of sounds; birds chirping, leaves rustling, atmospheres unfolding. But for all the romanticism that there is on Ultrasonic, Kelly Moran, Noveller, Christina Vantzou, Sarah Davachi and Felicia Atkinson expose the darker reaches of the woodland with stark minimalism, ear-testing discord and cavernous drone.

What binds the pieces of Ultrasonic in a way unlike, say, the similarly skewed Air Texture series, is a distinctly childlike playfulness, of which the marching rhythm of Eluvium’s ‘Dusk Tempi’ is exemplary. Accompanied in the promo video by footage of Hyatt et al venturing through the bushels of an Indiana forest, recording equipment and torches in tow, it’s easy to become nostalgic; not only for a time where standing within two feet of one another didn’t present an occupational risk of simply going outside, but for the kind of intrepid adventurousness of a child hunting monsters deep in the woods. Hyatt’s own closing composition, alongside a player piano and poet Julien Marchal, begins with a similar wonder and simplicity; “they’re like little brown handkerchiefs, waving goodbye in the sky”. The freaky-winged creatures above were just as improbably magical, and a resounding reminder that reality could be just as fantastical as the fantastic.