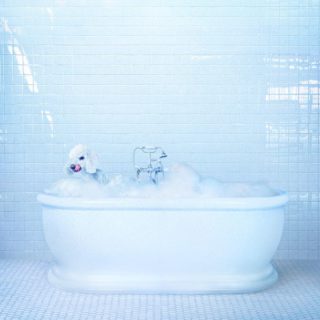 In the time it’s taken you to read this review, Greta Kline will probably have written and recorded an entire album. The prodigiously creative New Yorker has issued 52 long-players since 2011 without, on the evidence of ‘Vessel’, a drop in quality.

Her approach may have advanced from her lo-fi Bandcamp days but her anti-folk spirit remains alive on these 18 tracks, which range from 30-second sonic haikus to fully-fledged ’90s indie-pop duets. A less ambitious Waxahatchee or a more conservative Girlpool, her songs have a superficially throwaway quality in their out-of-tune recorders, false piano starts and slightly wavery high notes.

Yet for all of this intentional amateurism, the unexpected tempo changes and melodic hooks have an undeniable craft that could easily be polished for more commercial success if that’s what she wanted. It’s nonetheless part of her appeal that she’s shunned this is favour of spontaneity and the aural imperfections of reel-to-reel tape.

It’s a style that captures her lyrical autobiographies while giving her three band-mates the freedom to play with the musical arrangements. The indie-punk ‘Being Alive’ – a Bandcamp track that was re-worked for the album – and ‘Cafeteria’, which starts out like prime Blondie, epitomise this in their juxtaposition of conversational intimacies with jangled guitars.

There’s also an understanding of the band’s limitations, with the sketchily drawn indie-folk of ‘My Phone’ and one-handed piano on ‘Ur Up’ sounding like home alone Dictaphone recordings. It’s a reminder that, despite the band mentality, Frankie Cosmos is very much Kline’s musical vessel.