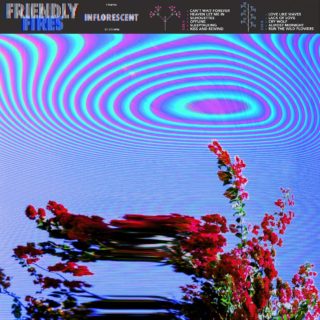 The new Friendly Fires album is fine. It’s just fine, and that’s all there is to it. No individual song here is bad. They’re as easy to hear without listening to as an air conditioner or a car rolling down a quiet street, and are just as easily forgotten. What else is there to say?

That the hook on ‘Offline’ is catchy, and that Disclosure collab ‘Heaven Let Me In’ sounds like 2009 in the best possible way? Sure, why not. It also helps that the album is so rammed with big pop hooks that the CD should bulge at the edges. In an era when pop seems dominated by artists warring over who’s edgiest, there’s something charmingly innocent about music that just wants to be fun and catchy.

What I don’t understand is – why now? Friendly Fires already made two albums’ worth of songs that just wanted to be catchy in those confused years between peak indie and peak trap. There just aren’t enough new ideas on Inflorescent to justify the group’s comeback. Much of the record treads the same ground that Friendly Fires didn’t break in the late noughties, and that’s difficult to excuse ten years on from their debut.

It doesn’t help that the group are moving toward more traditional club influences when acts like Private Agenda, Georgia and Jayda G are making more inventive and exciting music from the same starting point. Why settle for the dully plastic approximation of Kaytranada on ‘Sleeptalking’ when you can just listen to Kaytranada? It feels vaguely insulting to their fans, some of whom have waited eight years for new material, to hand them an album so devoid of new ideas.

This is definitely overthinking the role of indie-pop in 2019, but not only do fans deserve better than Inflorescent, they already have access to a near-infinite amount of it. There just isn’t any need for this tediously okay album. It’s only really acceptable as a soundtrack for the kind of bleak pre-drinks where someone leaves the big light on.