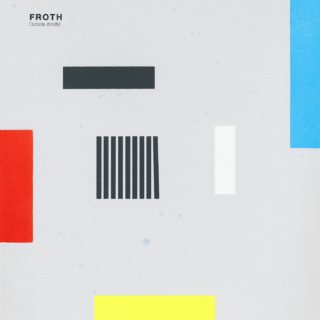 Any review of a Froth record would be remiss not to mention how less than five years ago the band was nothing more than an elaborate hoax on the part of Californian pranksters Joo Joo Ashworth and Jeff Fribourg. The pair got as far as preparing to release an LP filled with 20 minutes of silence before they decided to do it for real after all, ending up here with their third album (replete with actual music). Just as well too, since ‘Outside (Briefly)’ largely encapsulates what was good about the preceding two records – namely dreamy, unhurried guitar pop – and does so to better effect than either.

Froth sound best when they’re luxuriating in languorous melodies rather than frantically rocking out; songs like ‘Passing Thing’ and ‘New Machine’ lend dynamism but seem out of place here. On the other hand, the rolling, synth-driven coda to ‘Petals’ sounds gently sublime. For sure, the whole enterprise is derivative in the way that shoegaze invariably is but then, so what?