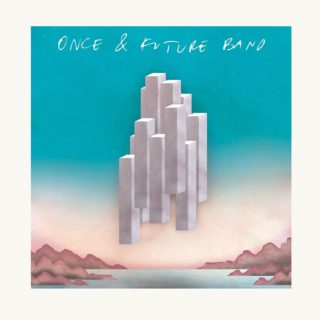 Throughout the 39 minutes of their self-titled debut, prog-rock newcomers Once & Future Band shamelessly indulge in an homage to their ’70s and ’80s influences, culminating into one of the more vibrant rock records you’re likely to come across in these bleak winter months.

Fronted by the exuberant vocals of guitarist/keyboardist Joel Robinow, the Californian quartet bring us 7 tracks that don’t shy away from big, theatrical choruses or ambitious, sprawling song lengths. Their style is laden with orchestral swells, powerful drums and bursts of synths and pianos, like opener ‘How Does It Make You Feel?’ and ‘I’ll Be Fine’ bursting with a type of zeal that’s indebted to ELO, Soft Machine and Queen. Elsewhere, the hazy ‘Hide and Seek’ and ‘Magnetic Memory’ show off the less full-on and more psychedelic side of their sound, which is more refreshing.

But despite their often confident and enthusiastic performances, Once & Future Band rarely succeed in capturing the epic proportions that they aim for. Instead, they unfortunately end up sounding over exaggerated and, at times, a little dated, with their biggest flaw seeming to be their failure to move forward from the trends set by their predecessors.

So it’s a decent, if unremarkable, first effort, but after a few spins you can’t help but reach for a copy of ‘Out of The Blue’ instead.