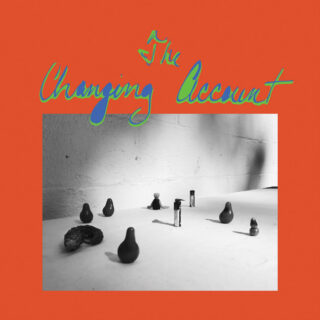 Even in this sedentary time, G.S. Schray can elicit a sense of the peripatetic. Whether in its unfurling vibraphone chimes, or its undulating symbol crashes, there’s plenty of jazzy minutia in The Changing Account to get lost in. But right from the outset of his new solo LP, G.S. Schray ensures you don’t go too far astray; he keeps gently steering you through.

Schray’s third solo album since the much lauded First Appearance – which received support from Andrew Weatherall, Hunee, Charlie Bones and more – was recorded gradually, over the past two years. Perhaps this is why this new record seems more marked. Listening to The Changing Account feels like observing an internal odyssey. It’s a pretty relatable quest: to learn how to throw off the darkness and move forward in this erratic and deeply weird period.

The opening piece, ‘In Select Everlight’, recalls in turn the laconic evolution of late Talk Talk tracks and dreamy Durutti Column guitar sequences, in its meander of interlocking guitar riffs and sullen drum beats. The Changing Account leads with a soupy mood, but this feeling doesn’t linger. Elsewhere, on the beautiful ‘Two Pals Glowing’, there’s a subtle nod to Joni Mitchell’s Hejira, with a silky piano intro, and a hopeful, acrobatic fretless bass.

What really takes hold when the album closes, is a realisation of how affecting the very discreet, slow build-up of elliptical piano scales here are. Much like the radiant swirls of piano in recent records by Clever Austin, or The Vernon Spring, G.S. Schray’s scales can drive you to a lighter space. This is an album to savour and replay on the heavy, claggy days.